Disneyland . . . for the third time in a year 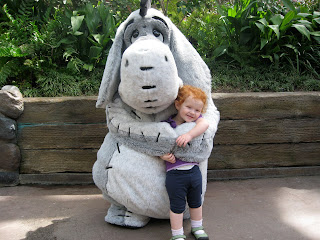 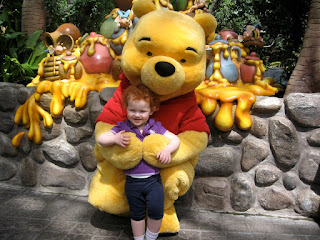 We had a great time taking the kids to Disneyland again. It is Captain F's favorite trip these days. One reason is we sleep fantastic. It is great: we go to bed at 9:30; we each sleep with one of the kids so they are totally happy and not waking us up much; we don't get up until 7:30-ish; and we take a two hour nap. Plus, our kids are totally happy at Disneyland, as you would expect. We feel like parents of the year. Also, our kids do really well on the drive to California right now. We are able to do the whole drive in a day. They are troopers. So, what's not to love? Everyone is pretty happy.

I did well, too, being 7 months pregnant and unable to stand/walk/bend/lift much. Poor Captain F had to push me in a wheelchair, it was a little embarrassing, but I just can't do it. The first day we paid $50 to rent an electric wheelchair, which was great, but I think more embarrassing than the regular one. It did free Captain F up to push the stroller with the kids. On the second day we decided on the much less expensive option of renting a regular wheelchair for $12. It wasn't so great. The wheelchair didn't push very well and I felt like I was going to be pitched every time we hit a bump or hill. Little V would sit on my lap, even though we really weren't supposed to let her. The Prince tried to sit on my lap but that regular wheelchair couldn't do it. He had to walk around the whole morning. He was so good about it and never complained. When we came back after naps, I was determined to upgrade to the electric wheelchair, but they were all out. I asked if they had another type of wheelchair, and low and behold they did--the wide wheelchair. We gave it a try and it was a thousand times better. It is much sturdier and easier to push. V fit perfectly and the Prince could sit on my lap, too, when he needed a break.

We also brought cowboy boots for the Prince. He was just slightly too short to go on the bigger rides, but the boots did the job. He was so excited to go on Star Tours because he loves Star Wars. He also went on Soarin' California and Splash Mountain. All the kids in his preschool carpool had told him how scary Splash Mountain was. The Prince was a little nervous about the whole thing. Captain F told him funny stories in the line to keep his mind off of it. Once on the ride, the Prince would exclaim, "That not so scary," after every hill. He loved it. The kid is a doer. 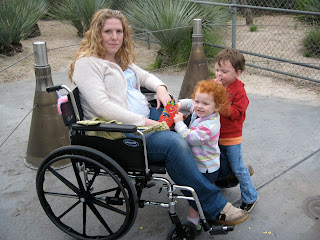 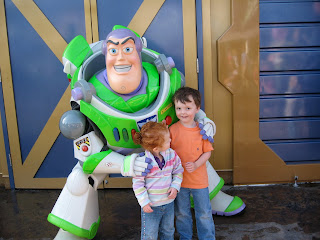 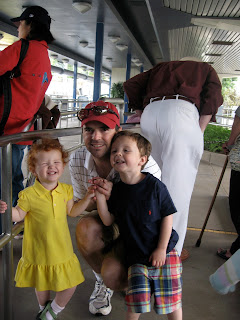 The Prince loves Iron Man. We talk about Iron Man a lot, watch it a lot, play with it a lot. Even V knows Iron Man and lots of the superheros. Apparently there is some new Iron Man suit and mask. The Prince has been asking for it. Captain F figured he could make a suit. Once Captain F mentioned it that was all the Prince could talk about. It had to be done right then. Here are some pictures of the event. 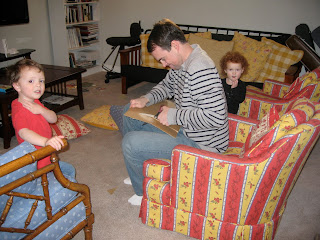 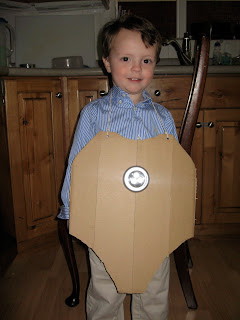 The kids also love to make forts. Here they are in one. One of V's favorite things is to get "co-cozy." She loves to get a pillow from my bed and use it anywhere to make a cozy bed. My favorite is when she puts it in the middle of the kitchen floor and gets cozy when I am trying to cook. 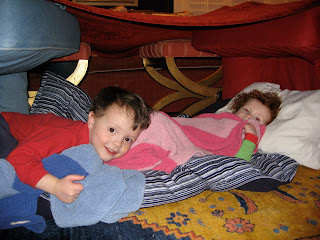 And here is a picture of V dressed for church in a dress Ootsie gave her. I think this dress had been purchased a while ago in anticipation of a little granddaughter and soon there will be another one along to enjoy it. 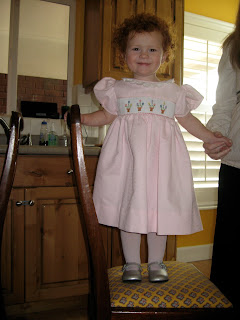