Here is a photo of The Prince with the new baby. 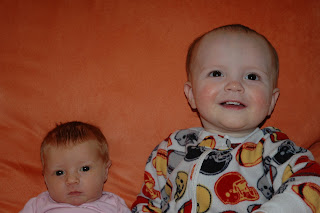 I know everyone has been anxiously awaiting the return of the elephant photos, and I hate to disappoint, so here you are. 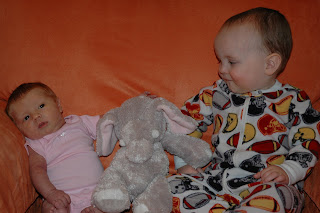 The Prince loves to sit on the chair with the baby. He won't let anyone else sit there. I don't know how much the baby likes it. The Prince is really cute with her, though. Here he is giving her a kiss. 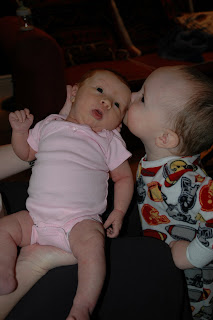 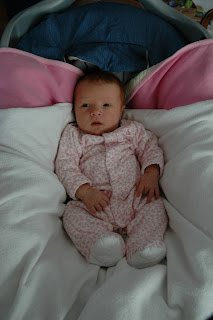 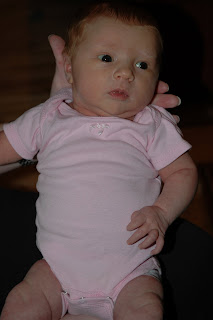 On Tuesday, Captain Fabuloso came home early from work. We decided it was time to give The Prince a haircut. He was looking very shaggy. The first haircut we gave him went pretty well. Captain Fabuloso cut his hair while I exclaimed with every snip, "Don't cut off all the curls." This time I didn't say anything, because Captain Fabuloso had teased me so much about all my directions the first go round. My silence was a big mistake. Captain Fabuloso put the #3 clipper on and made a stripe right down the middle of The Prince's head. I gasped, "That's too short!" It was too late. Captain Fabuloso didn't realize it would be so short either. We quickly finished cutting the rest of his hair. Afterwards, The Prince had a lot to say about the haircut. Later that night, after The Prince got his PJs on, I said, "You look so cute." Instantly, The Prince put his hand up to his head and grabbed what was left of his hair. He had a worried look on his face. Here are some pictures of The Prince with his new haircut. It isn't so bad now that we are used to it. 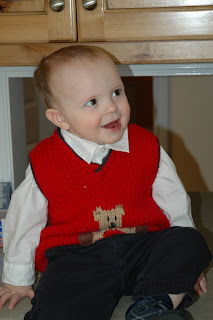 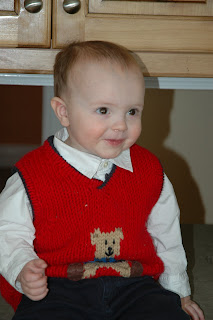 And, of course, we have to add another picture of the baby. 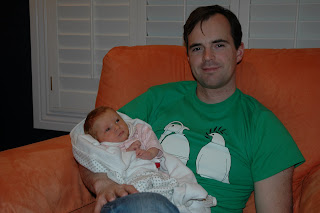 Here is our attempt to get a picture of The Prince with the baby. Obviously, we will have to keep trying. 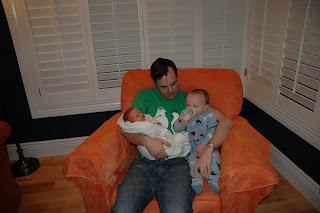 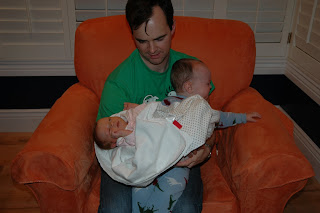 My father-in-law is feeling very left out not being here in Utah to enjoy the birth of his first granddaughter. He has requested even more pictures of our new little one, which we are happy to oblige. She is a very good baby. She hardly makes a peep. We are having the best time with her and The Prince. I feel much better than I have in months. I was in a lot of pain by the end. My sleep has actually improved since having the baby. Of course, I have to give a lot of credit to my mother-in-law. She is cooking and cleaning and entertaining The Prince. That doesn't leave much for me to do. It is fantastic. I highly recommend getting a mother-in-law willing to be a slave for two weeks. It is the only way to go. She is even going to help me, or rather I will watch while she works, make a duvet cover. I do hope she is having fun.

The Prince has been great with the baby. He wasn't very sure about her at first. He gave her lots of dirty looks when he came to the hospital to visit. But now he loves to look at her and touch her. He is learning to be gentle. 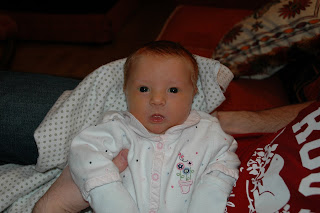 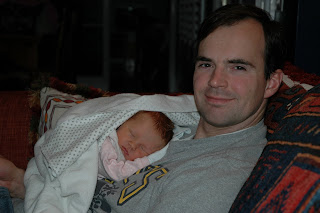 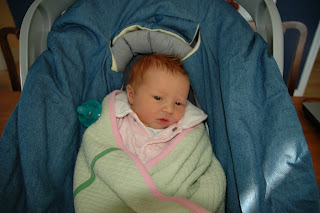 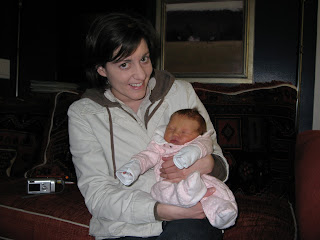 Here are some more pictures of the baby after she was cleaned-up. 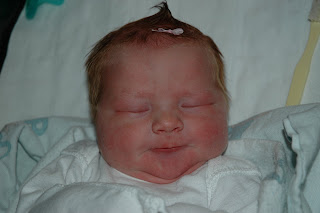 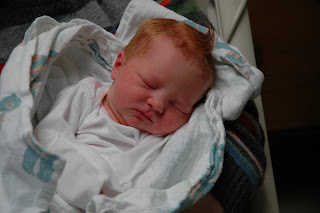 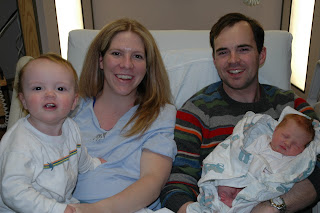 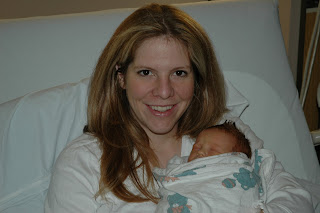 Captain Mom officially had the baby today at around 12:00 noon. It turns out that she is a redhead. That was an unexpected development for all of us. So, here are some pictures of the yet-to-be-nicknamed baby. 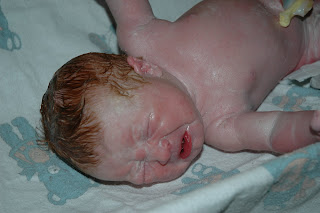 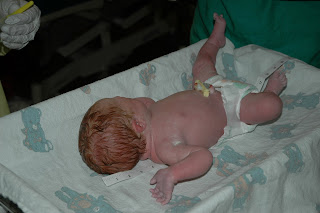 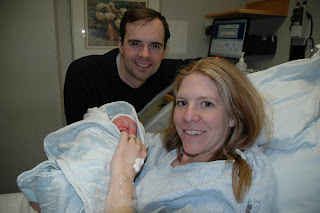